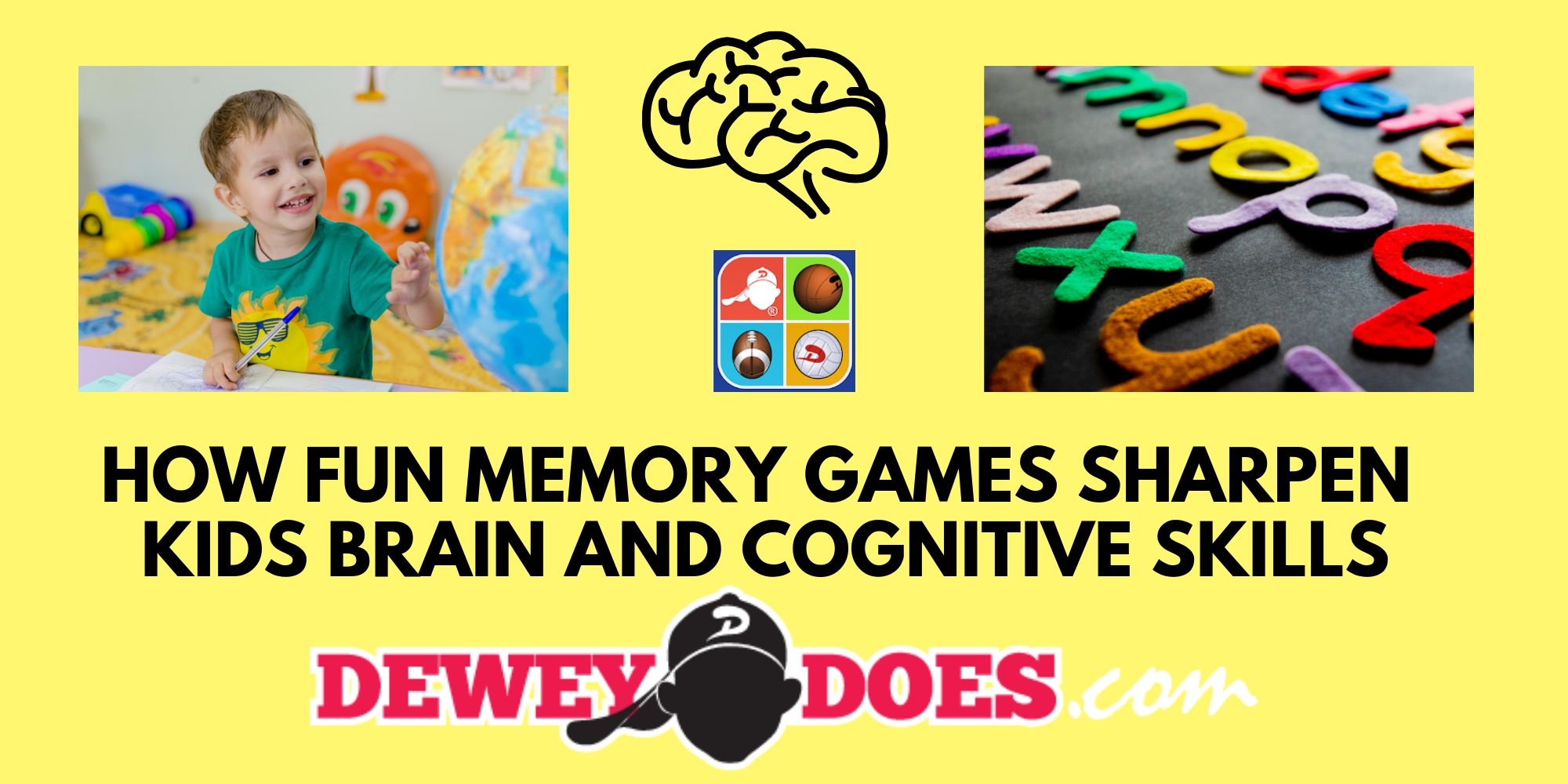 Cognitive skills are the fundamental skills that our brains use to think, read, reason, recall, and even focus. And it is in our human nature to always do the best in all that we take part in. Everyone wants to be on top of the list when it comes to everything, be it sports or studies.

This is evident in that if you are to observe an infant or a toddler, you will notice that they are always curious and ready to grasp anything that comes their way. Following and mimicking what they see from their parents, siblings, or neighbors.

In an effort to enhance our brainpower, there are quite a few mental games that are meant to sharpen our ability and eventually to improve our cognitive skills. Such games are known as memory games. These memory games come in different ways in which they are structured and are played.

But they all have the eventual goal to sharpen our minds. Such games have been known to be particularly very useful when played by children. The best thing about such games is that they are not age constricted as there are levels that infants can play and others that toddlers can take part in. There is something for everyone.

Below are the reasons why you should expose your child to such games to better their lives as they grow.

They Improve Their Concentration

Children generally get very easily distracted. They always want to be on top of things. They might be doing their homework one minute, but once they hear a buzzing noise outside, they want to get to know the source. This is quite normal and is a vital part of them growing up. Although, if this occurs more often than not, they are not able to complete a simple task, it becomes a problem. Memory games that can now be easily gotten from the internet can help your child concentrate better. You can simply download memory match games, where they get to take part in a simple set of a memory card game or determine the missing link. Having regular exposure to such problem-solving games will have them focusing more to find the solution. This, in turn, will have a ripple effect that will spread to how they conduct themselves in all other activities. They will have longer attention spans, finishing one task before jumping to the next.

They Act As Training For Visual Memory

A memory game that a child gets to pick up cards in the order or color that they saw before is a milestone into bettering their visual memory. It may seem like a simple task, but in the long run, it is evident in almost everything they do. They develop a very reliable photographic memory of things they see. This comes in handy when it comes to their studies as well as in real life.

A child who has an enhanced visual memory can trace their way back home in the event they get lost. A photographic memory will have them recognizing buildings, roads, and landmarks that lead them back home or to a familiar place. They become excellent map readers as well.

A fun memory game is very engaging; therefore, it will keep a child busy trying to get answers to questions and solving simple problems. And on finding the correct answer, the child is awarded in points or proceeding to a more advanced level. This action of moving up the ladder pumps up the child’s brain into a higher level concurrently.

The primary brain function is stimulated into thinking faster and more critically. A better brain function will have your child grasping concepts more quickly bettering their performances both at home and in school. Their bodies will also be better at reacting to certain situations that require reflexes. So consider the option to install memory match games on your device and hand it to them for an hour or so to enhance their brainpower.

They Aid In The Prevention Of Memory Related Issues

A child who has not been exposed to memory games is a likely candidate to get affected by memory-related issues. Disorders such as ADHD, anxiety, and mild cognitive impairment are some of the shared memory issues that may affect your child. Short term memory loss or a short concentration span is also likely problems.

Therefore, exposing your child to the fun and engaging memory games will eradicate the occurrences of these issues. The regular practice will serve as an exercise to their brain, which will reduce the chances of becoming victims of the problems mentioned above.

Children’s brains are actively growing, and exposing them to memory games will only better their future lives. It is a win-win. You get to keep them busy with a memory game on your phone, as you get an hour-long time to yourself to catch up on the evening news.