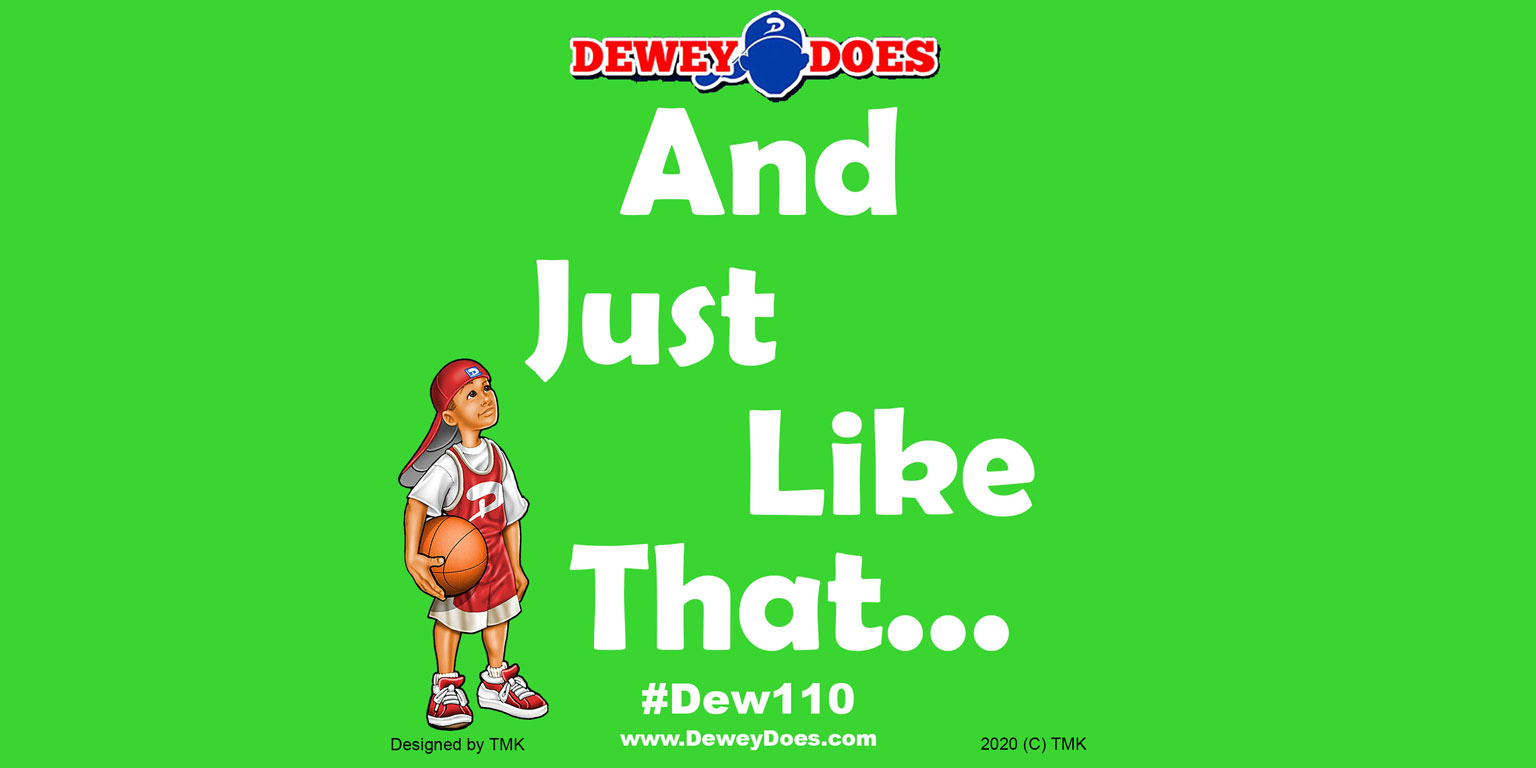 And just like that, everything changed. Those things that many of us took for granted were gone. No longer were we able to run to the park or recreation center, after completing our homework. No more basketball practice or preparing for our little league baseball season. No more drill team sports or competitions. Seemingly overnight, everything grinding to a halt. And we were left wondering: how did this happen? Why did this happen? And, more importantly, when will it end?

One day, my teammates and I were discussing the upcoming t-ball season. We were all dedicating ourselves to be the best players we could be, beginning with training hard as much and as often as we could. We joke about our coach making us run the same drills over and over, preparing us for the teams we were to face this coming season. We all dread the hundreds of push-ups and sit-ups we were sure would be coming. We also were looking forward to playing that particular team, the one that beat us terribly last season.

None of that was going to happen, apparently. First, it started at school, with our teacher discussing what she said “was of great concern” with us. She said that it was a virus named Covid-19. She stated that because of this virus, that was rapidly spreading, us students were not going to be coming to school for the foreseeable future. Many of us didn’t know what ‘foreseeable’ meant, but we could tell that we would not be attending school. To us, it sounded like an early summer. We tried not to show it, but we were kind of excited. We couldn’t believe it. Our teacher, Ms. C, continued speaking.

With this new series of events, most adults calling it a ‘pandemic’, scientist say that people can slow the spread of this virus by placing distance between themselves and others. The new catch-phrase around this idea, our teacher said, is “social distancing”. By allowing at least six feet between ourselves and others, as well as wearing what mom referred to as Personal Protective Equipment (or, PPE), the spread of this virus could slow down and, eventually, halt. There is also a catch-phrase for this idea as well: flattening the curve. Almost overnight, our way of life began changing dramatically. Sports, like basketball and baseball, had their seasons cut. Social distancing guidelines were announced, basically closing everything. Learning would now take place primarily on our home computers. At this stage, most states are canceling classes for a few months. At least, this what me and my classmates were told.

We students were going to attend school at home, on our computers? More than that, though, was that we wouldn’t be able to play outside. This went from an early vacation to a nightmare in a matter of minutes. Our teacher wants to make sure we knew how serious this situation was. Ms. C said that we need to start being more concerned with our ability to easily spread germs. She said that we need to make sure that we get into the habit of washing our hands for at least 35 seconds. She said to make sure that we did this effectively, we should sing the ‘happy birthday’ song in our head twice.

What is even more scary, Ms. C had this mask on her face and said that each one of us will have to wear the same mask when out in public, or when around friends and family. This, we didn’t understand. This sounds frightening to many of us students. Ms. C calmly explains that the mask will help protect us, our friends, classmates and family. I thought about a mask over my face. How would I look? Will I be able to breathe? Can I play sports with a mask on my face? I guess what is most important is the mask protects lives, says Ms. C.

Our excitement quickly evaporated. Gone were the smiles and in came looks of confusion. Some of my friends were afraid, concerned that they would spread this virus to their parents or grandparents. I had heard my mom discussing this same issue a few days before with Grandpa Does. Now, I understand what they were talking about. I will not be able to play in the park, which I love to do. I can’t ride my bike with my friends. I can’t join my team at the recreation center to prepare for our game. If I want to play, I could only go out in the back yard and play with my little sister. I can’t visit my grandpa or grandma, who I love dearly, and they can’t visit me anymore. This is not an early vacation. I don’t know what this is.

The final straw, I guess, was when it was announced that all parks, movie theaters and pools were closing as well. I couldn’t believe it. So, not only are we not going to be able to go to school, but we aren’t even allowed to engage in any other activities that we are use to engaging in. Gee, I wonder, wouldn’t this have an effect on our exercising? Our gym teacher always tells us that exercise is a very important habit to develop at an early age. This is an important part of our lives, as children, and will likely have an impact on our health if it’s for any long period of time. I really hope not, especially considering how little play time we’ll be able to have.